It’s March. March means a lot of things for a lot of people, but for me, and I think probably for you since you’re reading this, March means the end of college basketball season. I know we technically have one more game in April, but March signals the end the way a bell signaled people in old-school Britain to bring out their dead.

Today is also the beginning of Lent, and so naturally I’ve combined the act of giving things up with the fact that I wish it was continually college basketball season, and I’ve come up with a list of things I’d be willing to give up if the season lasted year round. This is what I’m suggesting: the national champion gets to take a week off, then they suit up the third week in April and start a new season. It’s my dream world, and I think it would be utopia for hoops fans all over the world.

And this is what I’d be willing to give up to get it.

10. Josh Hairston’s jump shot — I think most of us would agree that this is a trade we’d make with absolutely zero hesitation. If someone said to me, “Travis, we’ll give you year round college basketball for Josh Hairston never shooting the ball outside three feet of the basket again,” I’d grab the person’s whole arm and shake it to solidify the deal. Even if it meant he had to sub out cause he couldn’t shoot free throws, I’d be okay with it.

9. Mommy bloggers — “Travis, you can have year round college hoops, but all the mommy bloggers in the world have to go.” The only question I’d ask would be, “Are you going to kill them or just take their computers?” And honestly, if they said, “We’re going to kill them,” my next question would be “Peacefully?” And if you’re a mommy blogger reading this, I should probably apologize, but I’m not going to.

8. The word “turnt” — I’m going to be 100% honest with you readers, I don’t even know what it means. If you asked me to use it in a sentence I’d probably use it along with the words “volume” or ask if it was some new form of burnt. “Man I totally turnt my toast this morning.” “Excuse me? Did you say you ‘turnt’ your toast?” “Did I? Sometimes I say things wrong early in the morning I’m sorry.” The word turnt can go, and so can anyone who says it.

7. The band U2 — Guys they’ve had like three good songs in the history of the band and they just keep doing music. Saw them on the Oscars the other night and yeah, the Nelson Mandela tribute was moving but let’s face it, we’d all give them up for endless college basketball right? I mean no one is sitting here reading this thinking, “Oh no, I’ve got to keep U2 in my life they’re so relevant.”

6. The state of Wyoming — Let’s be honest this is just mommy bloggers only with a state. And to the Duke /college basketball fans in Wyoming, why wouldn’t you make this sacrifice with us? Let’s just say they gassed the whole state and put you into a forever sleep gently and peacefully and you dreamt about puppies and Kate Upton while you died. Wouldn’t you take one for the team Wyoming? I’ll tell you this much, I would if I lived there.

These next five are things that would really impact my life in a big way, and I had to think long and hard about my willingness to give each of them up for a year’s supply of continuous college hoops action. I’m asking the tough questions here for Duke Report. Peeling back the layers of my fragile psyche and really exploring the vulnerable sides of my personality.

5. Lethal Weapon 2 and 3 — Ouch. This one kind of stung a bit. I’m not saying I don’t like those movies, I do. I love them. That’s why this one would be a bit of a sacrifice. And I know die hard Lethal Weapon fans are screaming at me right now, “WHY NOT JUST TAKE LETHAL WEAPON 4 TRAVIS?!” And I have an answer for that and that answer’s name is Jet Li. Nuff said, end of discussion. I might as well go ahead and add “all future Lethal Weapon movies/remakes,” just to further increase my pain.

4. My 1997 All-School Spelling Bee Trophy — This is a big deal, Duke/hoops fans. This one is showing you how much I love basketball. Let me tell you a story. First grade Travis made it to the school spelling bee finals, and his first word was “throw.” He stepped up to the mic confident, and bolted out, “T-H-O-W. Throw.” They rang me up so fast my head spun. That was 1989. Eight years later I went back, and I won. I WON. So to give up that trophy, that’s big.

As a side not to this I did wind up going to county and spelling “tetanus” t-e-t-a-n-u-s-s, so I basically made a fool of myself.

2. The 1967 Shelby GT-500 — I almost didn’t do it. I almost included it in the list of things I couldn’t give up. “Travis, not Eleanor. Surely you couldn’t give up the car you dream of owning one day.” And I’m not going to lie to you, I sat on the fence a while. I deliberated. I considered throwing another pansy choice in here that was easy to make. But then I realized: If college basketball is on year round, I’m not going to miss my dream car that much, right? I’ll be too busy watching college basketball! 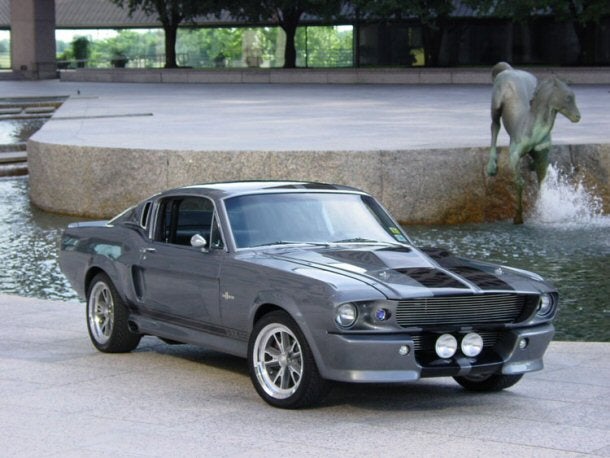 1. Mexican food — This right here is where the rubber meets the road. It’s where I walk the walk that I’ve been talking. It’s every other cliché that means doing something difficult that you’ve ever heard in your entire life. This would be the hardest decision of my life and I’d do it. I’d give up Mexican food for endless college basketball. And I’m not sure, but I’m almost positive that makes me the most hardcore college basketball fan on the planet.

What would you give up for never ending college basketball? Leave a comment below or pop over to Twitter and tell me at @tstyles77!

One Reply to “Devil’s Slant: What I’d Give Up for a Year Round College Hoops Season”